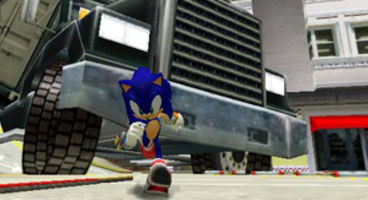 A web hosting company registered Sonic Adventure 3 domains back in April. There seems to be no link to SEGA beyond the name domain name. Does this reveal a new entry for Sonic?

Previously domain registrations that led to actual releases where made by EuroDNS, but they weren't involved this time. Sonic Adventure 2 released back in 2001 on Dreamcast.

SEGA has at least re-released the original Sonic Adventure on more platforms like PC. Sonic Adventure 2 is due to hit Xbox 360 and PS3 later in 2012. Is there to be a third?