24 September 2012 | By Nick Akerman
Ecco the Dolphin creator Ed Annunziata is meeting with Sega to discuss reviving the series. 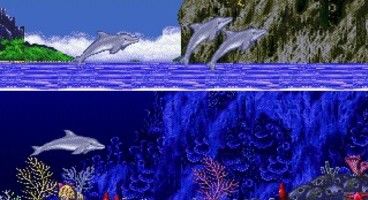 According to a tweet by Annunziata, the old series could be making a return.

He also indicated Spencer Nielsen, who worked on the score of the original games, is "on board" with the project.

Is there room for Ecco in today's gaming scene?