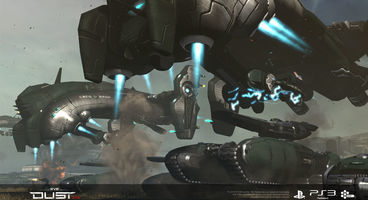 He appeared on FOX Business to discuss Sony's PS3 and PS Vita strategy for the next year. The potential slip-up occurred when Tretton was talking about upcoming games.

"We do have free-to-play games," Tretton said, "A game called Dust 514 is a full-blown first-person shooter available on PlayStation 3 that not only allows you to play against your friends on PS3, but also against people on the PC."

Tretton was asked to confirm whether he said 'Dusk' or 'Dust'. He responded with "Dust" and continued, "Coming out next month."

Should we read into this? We'll find out soon.