24 December 2012 | By Jonah A. Falcon
The teaser trailer for the sequel Mark Hadley's indie horror hit Slender: The Eight Pages, titled Slender: The Arrival has been released.

The sequel features "more levels, improved visuals, and an engaging storyline." The game, which is being jointly developed by Blue Isle Studios and Parsec Productions, will be released on PC and Mac in 2013. 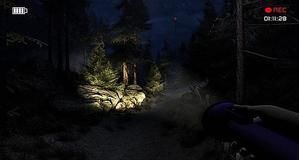