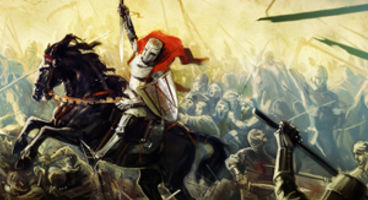 To make things even harder, the studio is based in the Czech Republic - "a European backwater" - where there's "no funding options" or support from the Czech government.

It's a great read to learn how a start-up studio can find its legs in mainland Europe. "...I’m going to blog about our progress along the route from nothing towards triple A game for next next-gen systems," said Dan Vavra. "By “blog” I mean a real development diary, not the usual PR propaganda telling you how everything went great."

"And as you may guess, I was from the first group of people, those with no money. This can be a problem, of course. If you have a great idea and an experienced team there is an off chance somebody is going to give you money. But in order to put the team together you need a lot of money that nobody is willing to put up when you don’t have the team."

"It’s a Catch-22 situation," he continued. They had virtually nothing to their name save for a pitch and some artwork.

"The likelihood of impressing a publisher in these circumstances is, for all practical purposes, zero, but I had to try. So I tried. I knew that I was no West and Zampella and publishers were not going to be throwing money at me, but after all, I created a successful franchise that sold millions and this had to count for something."

"It did. They listened. Some of them were even willing to sign the project, but they were not willing to spend money before we could show them something (well, it’s just as likely this was their polite refusal, but, having spent years in the industry, I dare say I can spot the difference between fake interest and real interest)."

To find out how it all went, check out Dan Vavra's dev diary over at the official Warhorse website.

"I wrote a game about the Mafia and I don’t want to deal with those types of “businessmen”. The game industry is a risky business and nobody wants to end up under the boardwalk. I personally know people who got their bones broken or were kidnapped during game development. No kidding."