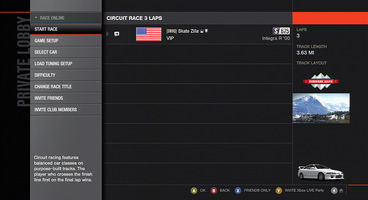 Turn 10 has announced that a new update for Forza Motorsport 4 has been released, and will fix a memory leak in the game that has led to long load times and multiplayer lobby crashing. The level cap has also been raised from 150 to 999.

The evasive memory leak took weeks to detect and fix.

"Essentially what was happening was a slow memory leak when using liveried cars and jumping between lobbies," stated creative director Dan Greenawalt in the official site, "The leak was only happening when players driving liveried cars would join or leave lobbies at precisely the right moment during the loading of a race."

He added, "The leak occurred on all boxes even if the player didn't have a custom livery, but it was exceedingly small. As the leak got worse over the course of a player's session, it would cause the box to crash."

In short, this affected everyone else in the lobby, resulting in longer load times for them as the player with the crashed box timed-out. The leak actually acted as a virus, as impatient players would leave the lobby and "infect" other lobbies with the memory leak.

Greenawalt stated that the level cap was raised because they didn't think even the most hardcore players would reach it in a year. They ended up doing it in a quarter of the time.

"Is this because of Rivals Mode, Public Lobbies, World Tour?" pondered Greenawalt, "We don't know. As a result, we've raised the cap significantly to give our most dedicated players something new and exciting to brag about on their player cards and within the Forza community."