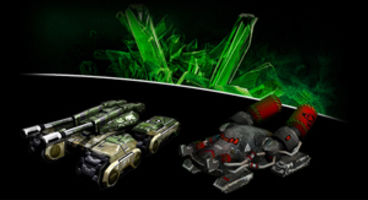 C&C Renegade is a first-person shooter set in the C&C universe and was a hit back in the day as it let players battle online as they tried to protect their own base, while wiping out the others.

Check our Tiberium Crystal War page for more information and downloads. EA was working on a spiritual successor to Renegade dubbed 'Tiberium' but it was canned eventually.