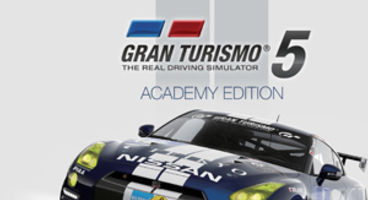 To celebrate the fourth year of the GT Academy programme, Sony and Polyphony are re-releasing Gran Turismo 5 in a new bundle that's joined by DLC with Gran Turismo 5: Academy Edition.

"GT Academy has captured the imagination of many Gran Turismo fans," said Kazunori Yamauchi, creator of the race franchise. Sony will be unveiling more about it soon.

"It is exciting to watch what Lucas Ordóñez, Jordan Tresson, Jann Mardenborough and Bryan Heitkotter in the USA, are achieving in their new racing careers with Nissan," he added. "People can now see that it is possible to make the switch from being a fast gamer to become a real racing driver."

"We wanted to mark the tremendous success of GT Academy with the very latest version of GT5."