25 October 2012 | By Jonah A. Falcon
Asian publisher Webzen has announced that its free-to-play military shooter, Arctic Combat (known as Battle Territory in South Korea), will be going into open beta on the 6th December. 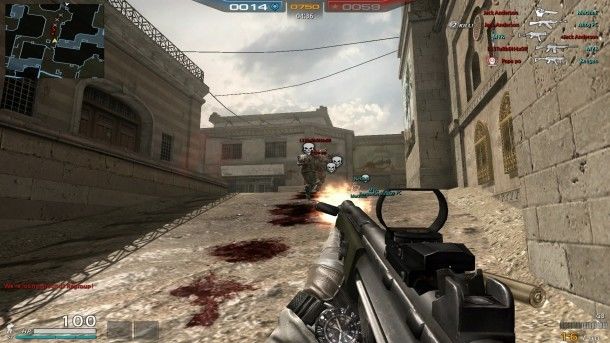 Sandstorm map has a striking resemblance to DE_Dust2.

The game includes customizable weapons, skills, a trophy loot system and in-game missions, which allow players to earn extra XP during a match. Game modes include deathmatch, team deathmatch and domination, though more modes are in development.

Gamers who are interested in trying the title out can download the client from the official site here.