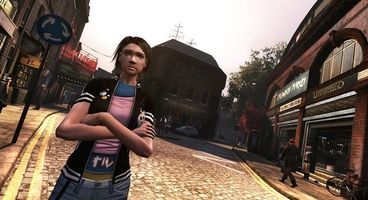 The Secret World is an innovative MMO is several respects. Apart from the game being set in the untapped genre of modern day Lovecraftian occult, the MMO also lacks the traditional class system. Nor are there any experience levels. Rather, the player chooses from over 500 abilities to create their own unique character, as well as ten special, unique abilities for each of the three factions.

Of course, have to choose from such a vast array of abilities can be daunting, so the game will be including "decks" that will "point the player in the right direction".

According to publisher Funcom's lead designer Ragnar Tørnquist, "We don’t have levels, period, and we don’t have classes, period. But we do have the decks, for example, which is more direction than anything else. I think it’s fantastic that we have a game without classes, I think it’s the right choice and I’ve been behind that the whole time, but I also like to have direction."

He then described, “So I’m going to be using the decks when I play the game. I’m going to choose a character and know what kind of skills I want and the game will point me in that direction. But I can change at any point and that’s what fascinates me. I don’t mind having a class but I don’t like being locked into anything and this game opens that up.”

"We start with the clean slate of saying we have no classes or levels, and then we introduced mechanics to make sure that people feel there’s direction, incentive and progression, and that’s really important too," stated Tørnquist.

The Secret World will be released worldwide on PC on the 19th June.