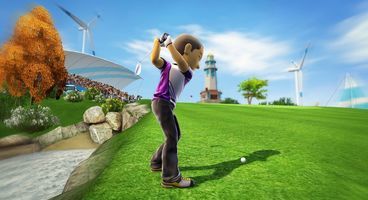 "We pushed speech pretty hard in Sports 2, but it was also a very say-what-you-see approach; in golf, you change clubs said Quinn, talking to Gamasutra.

"What I'd like to see and what we're investigating now is a more natural conversation way of talking to the Kinect, so you can say, 'Hey, caddy, give me a five iron,' or 'Hey, caddy, what should I use now?"

Quinn continued by praising the use of voice-recognition in Mass Effect 3.

"I think is an excellent use of speech. You can use speech in Kinect in a more core title, and it really demonstrated that. I think from here on in you'll see a lot of speech in core games."

With the likes of Skyrim and upcoming titles such as FIFA 13 opting to include voice functionality, Quinn may well be right.