In a rather lengthy tweet, Harada discussed his frustration in the run up to Tekken Tag Tournament 2's release.

"The current generation of consoles are totally different in how they play back sound; both software-wise, and the internal circuitry," he explained. 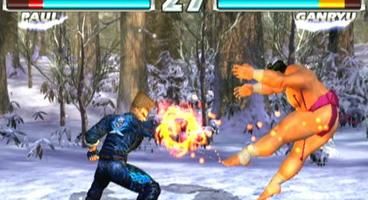 He continued, "Also, you are assuming the voice actors themselves can reproduce the voice the recorded 16 years ago? Many voice actors decline work because their voice has changed since the original role, some have even retired. Sometimes they won't accept, even if we ask.

"The recording studio and the equipment they use is also different. With all of this in mind, you still thing it is possible to recreate these voices?"

Not wanting to leave it there, Harada provided examples of the team adhering to fans' requests.

"For example, Brian's laugh is the actual data from Tekken 3. As fans have requested, we've kept using the original, adapting the data recorded 16 years ago to be used on the PS2, and then PS3.

"Even so, some people said it is a different voice in Tekken 6 than the original. It can't be helped they might think that. As explained above, even though the master data is the same, all of the equipment used in adapting it has completely changed."

"That said, it isn't a good idea to try to recreate the older recording environment because then the data sounds heavily compressed, with noise. More than that, it would sound out of place next to the voice data of the newer characters.

"WHAT? You say some of the voices sound like they haven't changed at all? I guess you didn't notice that the development team has re-recorded them, but made efforts for it to sound as close as possible to the original. And you probably didn't even notice."

"I still have some characters left to be revealed that comply with some of your requests, even 'bringing back' several others. Even so, none of them are paid DLC. I will continue to sincerely comply with fan requests.

"After this lengthy explanation, I will be quite surprised if there are still people who still don't get it.

Not much I can add to that, really.