27 June 2012 | By Jonah A. Falcon
Episode 2 of Telltale's videogame adaption of The Walking Dead, titled "Starved for Help", will be arriving on Xbox Live Marketplace later tonight. The PC and PlayStation 3 versions of Episode 2 will be hitting this Friday, the 29th June. However, the European PlayStation Network version has not been dated yet.

Starved for Help will see convict Lee and the band of survivors holed up in a farm as both zombies and bandits are besieging them. As the title implies, food becomes an issue.

The Walking Dead Episode 1: A New Day received positive reviews, including a 9.0/10 from Strategy Informer's review, and broke sales records for Telltale Games. 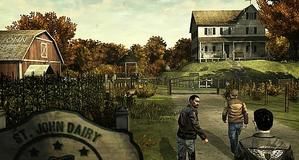