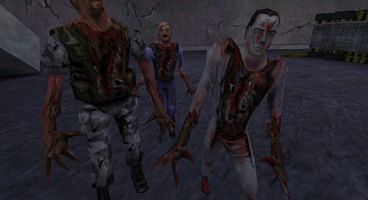 Del Toro, who is best known for his work on Hellboy and Pan's Labyrinth, would be Laidlaw's perfect fit for the odd HL world.

"Guillermo del Toro has the horror vibe that I think a lot of people miss out on when thinking about a Half-Life movie. Half-Life is essentially horror after all,"

"The science in it barely passes as hand-waving, but when a headcrab jumps at your head, it's a precisely engineered jolt. There are probably a lot of good potential directors, but I think most of them are busy pursuing their own visions."

Would Del Toro be a perfect fit for the series? His vision of Ravenholm would be quite something.