27 November 2012 | By Nick Akerman
The Walking Dead franchise creator Robert Kirkman has addressed comments that may have been taken out of context with regards to Activision's upcoming zombie shooter. 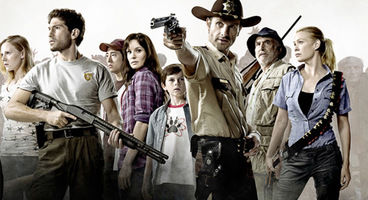 I know there is a quote out there where I said, ‘It would be dumb to do a first person Walking Dead game because there are so many that it wouldn’t be something that would be competitive in the marketplace, and you’d always be compared to Left 4 Dead so why bother.’ I don’t think AMC read that quote," Kirkman said.

"But I will say that this game is very much the Dixon brothers’ game. These two characters don’t exist in the comic, so the ability to play as those characters and learn more about those characters, who are very popular in the show, could actually push this game over the top and make it a worthwhile experience. That’s what I’m hoping on."

The title will be based on the show, rather than the comics. Kirkman indicated he isn't involved in the game's production, and will stick to working with Telltale.

"I’m not as involved because that’s their thing. I’m looking at stuff. I’m aware of its existence,"

"I know Activision is working very hard to make a cool-looking game and I’m hopeful it will be something that is worthy of the Walking Dead brand, but it’s not something that I’m actively, intimately involved with. Telltale’s game is based off the comic book, so I have a bunch more control over that than I do with what AMC does."

Anyone else worried this could be awful?