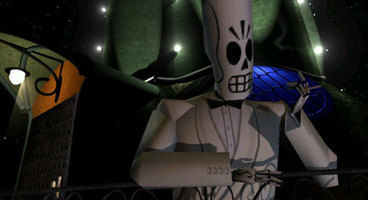 Fans of the classic LucasArts adventure game Grim Fandango can celebrate as a new utility, ResidualVM, makes the game compatible with Windows 7 and 8. The game was originally released on Windows 98.

ResidualVM works by taking the game's data files and replacing the executable with one more familiar to new operating systems. All one needs to do is copy the data files over to the software and run it under ResidualVM.

According to the dev team, there may be some bugs, and warn, "We would like to note that, while we have tested ResidualVM quite thoroughly, there MIGHT be cases where you end up in a situation where the game is incompletable, some of these were actually also existent in the original game (while the game itself is designed to be dead-end-free, the bugs in it weren't, nor were our own). So, please follow the old adventure-game mantra of 'save early, save often'."

Gamers can check out the ResidualVM utility here.