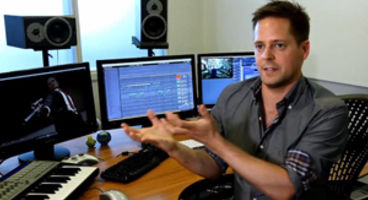 Developer IO Interactive this time has given us a behind-the-scenes talk on Hitman: Absolution's dynamic audio that affects music throughout the game. It adjusts to support what's going on in the world.

The musical score is broken down into tracks that are "very ambient like the AI" to give us some tense moments. Motion and voice capture has given a "new level to our believability" through dialogue.

Having the actors both voicing and physically acting to be motioned captured has achieved this, says audio director Thomas Bartschi.

Dialogue is the "most important piece of audio" - not music. At the end of the trailer we get to see voice actor David Bateson do a little 47 dialogue. Recently Square announced the full cast list of Hollywood talent. Hitman: Absolution releases on Xbox 360, PS3 and PC November 20th.