Wright: Consoles not doomed but will lose their mainstay status 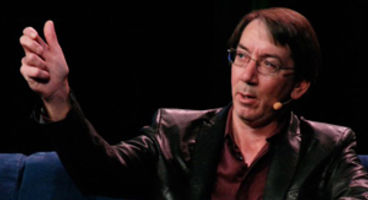 Will Wright, creator of all things Sim, doesn't see the home console as a species of platform going extinct but it will be losing its prominent position in the market as time goes on.

There'll still be "dedicated game machines" sitting next to your TV it's just that there are a lot more playing games today and not on those devices. Games can now "fill the empty slots".

The rise of social gaming and "session-based gaming" has empowered the industry and lets those who wouldn't game before suddenly fire up Angry Birds while queuing for a coffee.

"I don't think they're doomed. I think they're not going to become the mainstay of the market like they had been," said Will Wright, founder of Maxis and the various Sim-designated franchises.

"I think there'll probably still be dedicated game machines going forwards, sitting on a shelf next to your HDTV. I think that they're going to be catering to a very specific kind of player, which probably isn't that different from what they were catering to before. It's just that a lot more people are now playing games, and they're not playing it on that device."

The largest change for Will Wright in the gaming space is how mainstream it has become.

"I think that the social factor has become much larger, and also what I would call the interstitial factor, which is that rather than people doing what you might call session-based gaming, where I'm going to go sit in my room and play Halo for an hour, I have the opportunity to pull out Angry Birds and play for two minutes while waiting in line at Starbucks."

"I can use games to fill the empty slots in my life, a bit more ubiquitously," he said.

"I think over the last five years or so it really is the diversification, not just of platform, but alongside of that, of the players, the demographics. Games really used to be something that were targeted to 16-year-old boys. Now we have people of all generations, genders, walks of life, playing games, a lot of them on their cell phones, or on Facebook, or whatever."

"I think that the explosion in platforms has also driven a very healthy diversification of our audience," added Wright.

Check out the full interview between Will Wright and GamesIndustry.biz.