30 April 2012 | By Nick Akerman
Innova has announced Lineage II - Goddess of Destruction's first update is on the way.

Named 'Tauti', the update will bring a host of improvements and new content to the MMORPG. 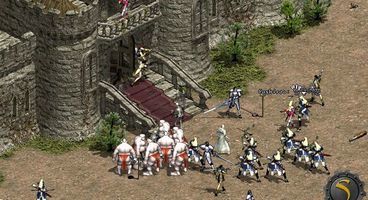 This includes the opening of the Festival of Chaos, a zone where 'last-man standing' player vs player events will take place. New features for clans will also make an appearance, including bonus giving flags and pets.

Clan leaders will also be able to align their castles with the forces of Darkness or Light, giving their team new abilities in the process.

The update will land sometime this summer.