30 May 2012 | By Nick Akerman
Jason Rubin, co-founder of Uncharted studio Naughty Dog, has been named the new president of THQ. 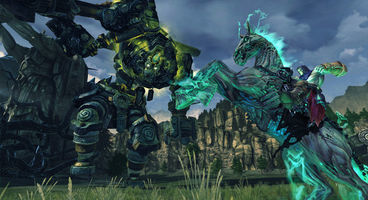 Rubin takes on the role with immediate effect. His duties lie in product development, marketing and publishing.

During his time at Naughty Dog, Rubin co-created the likes of Crash Bandicoot and Jak & Daxter. He left in 2004 to form Flextor, which later got snapped up by FOX.

"Jason's proven track record in the industry speaks for itself, and he is one of the brightest minds in the business," commented CEO Brian Farrell.

"We believe he can be a game changer and can contribute immensely to executing on our strategy of delivering quality connected core game experiences."

THQ's previous boss, Danny Bilson, has left the company to pursue other ventures. Let's hope with Rubin in place, and a number of big releases on the way, THQ can put recent troubles firmly behind itself.