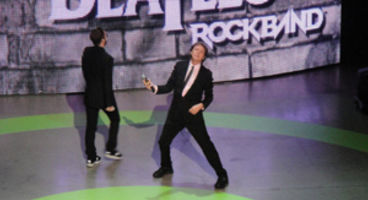 Former Beatle Paul McCartney is behind the soundtrack of an as of yet unannounced video game, as the musician notes (pun!) that games sell "so much better" than CDs these days.

I imagine that's been true for quite a while thanks to a little thing called digital. No developer or publisher for this game has been indentified yet. What genre landed Macca then?

The last game Sir Paul McCartney was involved with was EA's The Beatles: Rock Band, in which he and Ringo Star unveiled on stage at E3 in 2009. "It's a fascinating market."