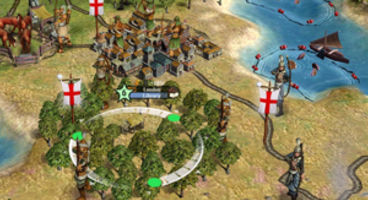 Gone are the days when pixels required a vivid imagination from the gamer because now everyone sort of expects to actually get to see everything, notes Firaxis' Sid Meier.

The Civilization creator "used to love to challenge" the player's imagination with "a few pixels in 16 colours" and try to convince them "they're ruling an empire" through the ages.

The Civilization series has come a long way since those humbling beginnings and now boast an impressive feast for the eyes, where we get to see what's going on in front of us.

"We can bring the games to life in a much richer way than we could before. It’s a slightly two-edged sword,” noted Sid Meier, creator of Civilization and Pirates!. Firaxis recently announced they're working on XCOM: Enemy Unknown. They're dusting off the turn-based strategy series but don't confine it to just one genre.

“I used to love to challenge the player’s imagination, to show them a few pixels in 16 colours and try to convince them that they’re ruling an empire to stand the test of time. But I think today’s player is not really able to make that investment."

“So we’re able to bring the worlds to life in 3D, and show you everything that’s going on, and you get to meet great leaders and you get to fight aliens from outer space and all sorts of cool stuff, right there on your screen. Which I think has brought new players in, because frankly to play games of ten or 15 years ago you had to kind of suspend your disbelief and be willing to step into that world. Today we make that easier with the graphic and the visuals we can present to you."

The last two decades have placed graphical advancement at the center of the video game development. "In a lot of ways, that’s what really changed about games. Game design hasn’t really changed as much as it might appear since the good old days, because a lot of the things that were true there, that makes games fun, still apply today," said Meier.