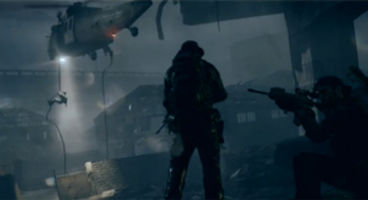 CEO John Riccitiello of publisher EA whilst praising the "demand indicators" on Criterion's Need for Speed: Most Wanted, admits that Medal of Honor: Warfighter from Danger Close is "below our expectations."

EA Labels boss Frank Gibeau adds they're "disappointed with the critical reception," and believes the shooter is "better than the actual score" showing up.

Gibeau is confident it is going to find its way in the market despite the poor start. Recently a rival publisher was bold enough to offer XBLA codes in exchange for unflattering tweets about Warfighter.

"Medal of Honor Warfighter shipped last week and the highly anticipated Need for Speed Most Wanted launched today in North America," explained CEO John Riccitiello. "While we are very pleased with the demand indicators on Need for Speed, the Medal of Honor launch is coming in below our expectations."

EA cites reviews as being overzealous in their critique of Medal of Honor's latest entry. "On Medal of Honor, we're disappointed with the critical reception," said EA Labels President Frank Gibeau. "Our internal testing and mock reviews indicated that the game is better than the actual score that we have right now, and we believe that it is."

"However, we are seeing some folks out there that just don't like the game. We believe that it's going to find an audience. It's been - had a good track record over the weekend in the UK. We're going to continue to support the game going forward with marketing and additional content." 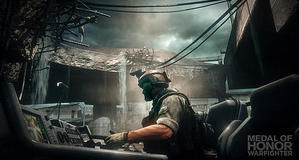