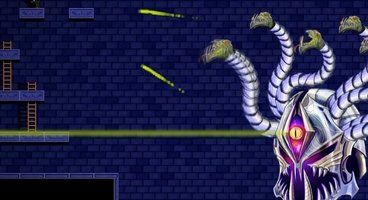 Lace Mamba has announced that it will be publishing Spanish indie developer Francisco Téllez de Meneses' platformer/roguelike Unepic, which had been approved in its Steam Greenlight campaign.

The game is an action title that mixes in roleplaying elements such as armor, spells, and crafting, with NES-style platforming, including giant monsters.

Unepic puts the player in the role of a pen-and-paper RPG player Daniel, described as "a great videogame player, big lover of sci-fi movies, yet he has a mysterious lack of success with girls." While playing a tabletop roleplaying game (which may explain Dan's lack of success with the ladies), he finds himself mysteriously teleported to your archetypal NES platformer castle, complete with dark hallways, large rooms filled with ladders, and the occasional boss monster that takes up 1/3 of the screen.

The game features over 100 different weapons and 70 spells in addition to platforming action.

Unepic is due to be released on shelveson Q3 2013, and will have an MSRP of £9.99 and will include a free Steam upgrade key that will enable a multiplayer version of the game when available in Q4 2013. The game is available right now on Steam here. 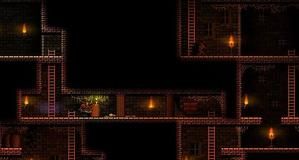