Report: Xbox One will be able to run Windows 8 apps 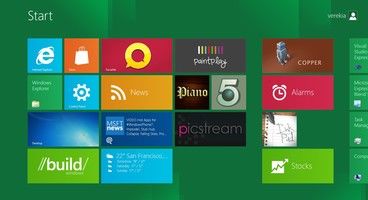 It seems that the Xbox One will be able to run Windows 8 apps, if what Microsoft VP Steve Guggenheimer is hinting at is true.

According to Guggenheimer at last weeks' Build conference, "Xbox One has two engines, it's got a gaming engine and it essentially has a Windows 8 engine," said Guggenheimer, who then showed off a simple web application running on Xbox One.

"Nothing to announce today, but when I talk about that common core you're seeing that common core in action, being able to target other devices devices over time that run the Windows 8 engine," he stated.

Will Windows 8 apps and games be freely portable on the Xbox One? While the Xbox One couldn't handle extremely resource-intensive PC games, what about indie games and gamer apps? Would this lead to cross-platform play between PC and Xbox One?