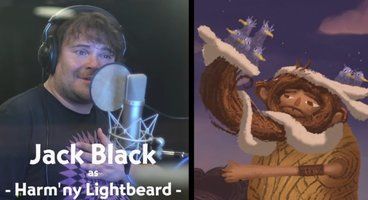 Double Fine revealed in a new developer video some of the voice actors that will be supplying their talent for Broken Age, their Kickstartered adventure game formerly known as Double Fine Adventure.

The cast is highlighted by Jack Black and Mass Effect's Jennifer Hale. Black is no stranger to Double Fine, as the voice of the lead character of Schafer's heavy metal fantasy Brutal Legend.