03 July 2013 | By Simon Priest
Get ready to blast back into the retro space-time continuum as Outcast, the 1999 action adventure, has been bought from Atari by its original creators. Its revival has begun and they'll "soon announce" more details.

Outcast was created by Belgian studio Appeal before the millennium. A Dreamcast version was planned but cancelled. It was published under Infogrames for PC. This July 31st it will be 14-years-old.

That's right the pimple-faced Outcast wants to come back. Outcast 2 was in the making for PS2 but the studio went bankrupt. GOG.com re-released the original back in April 2010. 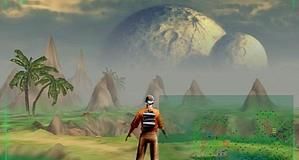