03 October 2013 | By Jonah A. Falcon
Aksys Games has announced that A.R.E.S. Extinction Agenda EX is now available on Xbox Live Arcade; the game was originally released on Steam back in 2009. 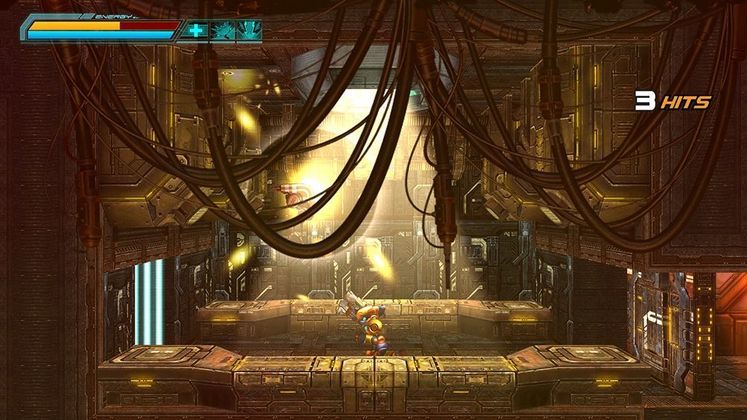 The features that have been added include:

* Upgrade Complete – Armed with new weapons, abilities, and even a new playable ally, humanity’s secret weapon has never been stronger.

* Obstruction Eminent – Ares isn’t the only one with new tricks; new enemies and bosses have also joined the fray. Along with challenges stages, you’ll need all your might and power to fight off these guys.

* Uncharted Sectors – With readjusted maps and completely new levels, there are an abundance of areas to explore for new and returning robots alike. Delve deeper into the world of A.R.E.S. and discover new areas of Minos Space Station you never knew existed!

A.R.E.S. Extinction Agenda EX is available for $14.99 USD and can be queued from Xbox.com here.