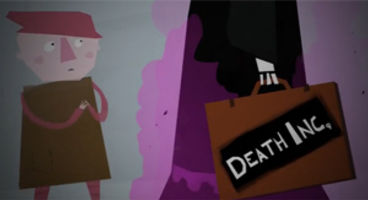 The former Media Molecule developers that comprise Ambient Studios have now put their 1660's England video game on Kickstarter, as the independent outfit make their plea for £300,000 from backers.

They aim for an October 2013 release, where we'll get to spread plague and pestilence as Grim T. Livingstone, a freelancer reaper, building up an empire from all those reaped souls.

It's a strategy title with no micro management. We unleash our minion hordes on the poor English yokels of 1660. Villagers fight back though with pitchforks and muskets.

30 days remain for the freshly added campaign, with just over 160 backers already pledging almost £9k. We 'paint' the routes our minions take, which are better explained in the Kickstarter video below.