Cousins: PS4 looks to have "cheaper hardware" for smaller install base 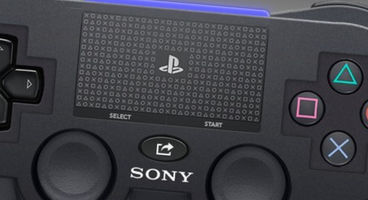 Former EA DICE man Ben Cousins has said the PlayStation 4 has the look of "cheaper hardware than last time" which could be Sony expecting a smaller install base, or wanting profit sooner.

This hardware spec feels as if they're "acknowledging the threat" of their own financial situation, said Cousins. He and others 'agree' that install bases "will be smaller." Mobile gamers 'unreachable'.

The ever continued rise of smart phones and tablets will keep a significant portion of gamers occupied, so much so that they'll not bother dipping into next-gen hardware.

"I think the problem with the console model and certainly with the previous generation was that it needed the ultra-hardcore, the kids, and those kind of mid-core or whatever you it call it, mainstream gamers, to a buy a console in order to make a profit because it just needed massive volume," Ben Cousins told GamesIndustry.biz.

Cousins believes Sony have taken note of this shift in the market and are responding in the hardware of the PS4.

"It was interesting to see PS4 clearly go for what looks like cheaper hardware than last time around,” he said, “so maybe that’s a kind of defensive move against their expectation that they’re not going to have the same install base, or maybe they just want to hit profitability quicker because of Sony’s less stable financial state at the moment.”

"...feels like they’re kind of acknowledging the threat and they’re kind of doing the best they can to kind of defend against it," he added, referring to the more dire financial situation Sony finds itself in now.

"But I do still feel like…and maybe it’s a selection bias, but most of the people I talk to and whose work I read are kind of in agreement…that this time around console install bases will be smaller. And probably will be focused more on that core audience. It’s certainly not going to be kids and casual gamers buying consoles any more I don’t think, they’re going to be all on mobile.” Ben Cousins is working at Scattered Entertainment on The Drowning for tablet devices.

Sony is yet to officially unveil the actual PlayStation 4 console, having only talked about its features so far.