Inventor of the computer mouse, Douglas C. Engelbart, passes away at 88 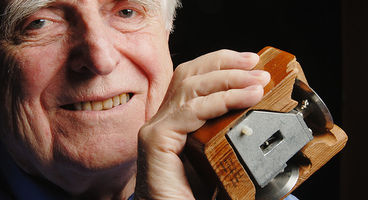 You're probably using one right now to navigate this page - the inventor of that device, the computer mouse, Douglas C. Engelbart, has passed away at the ripe old age of 88.

Dr. Engelbart debuted the mouse in 1968 at the Fall Joint Computer Conference in San Francisco, where he also presented a functional vision of a dynamic, networked computing system. Both Apple and Microsoft would later build on this concept, the “oN-Line System”, which featured implementations of hypertext links and shared-screen collaboration.

The full 100 minutes of his demo can be seen in this video.

In recent years, he and his daughter Christina founded the Doug Engelbart Institute back in 1988 and whose work continues to this day. The Institute centers on Engelbart's philosophy for boosting Collective IQ, that is, collective societal "bootstrapping" to solve problems.