UbiSoft: Watch Dogs will have only one ending, many sequels coming 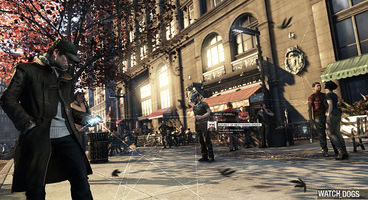 Despite being an open world game where everything you do affects it dynamically, Watch Dogs will have only one ending, states UbiSoft.

According to creative director Jonathan Morin, "I understand the idea of multiple endings but the problem I have is a branching structure inevitably diminishes the perception the player has of the story, to some extent. I mean you can’t divide individual player perception of a game into ten choices, it’s so much more complicated than that.

He went on to say, "Because this is an interactive medium, a lot of people want to tackle that idea of perception, they want, like, six billion different situations so every individual has a logical bond with what’s going on based on their own choices. If anyone ever manages that, great! Two thumbs up!"

Of course, The Walking Dead and especially Mass Effect both have handled that quandary quite well.

"But the other way is, stop doing a story that’s crafted to such an extent that it’s going to tell every player the same message – make a message that’s interesting to think about and make an ending that’s satisfying, but that retains a question that reflects how you played, and everything you did in the open-world in a personal way, not in a binary way," Morin opined, "It shouldn’t be about, ‘you have 600 points so you’ve unlocked the answer’; it’s a lot more about you. If you care about the question, you’re left with wonder. I think we’ve found a way to respect the player’s intelligence and not limit them."

Producer Dominic Guay also revealed that UbiSoft has a long-term plan for Watch Dogs, stating, "If there’s a clear long-term plan, you’ll have stronger characters, the universe will be more coherent. So when you have the luxury of creating a new brand – which is happening less and less in this industry, you need to do just that."

This probably indicates Watch Dogs will be getting the Assassin's Creed treatment.

Watch Dogs will be released later this year on PC, Xbox 360, Xbox One, PlayStation 3, PlayStation 4 and Wii U, though not necessarily in that order.