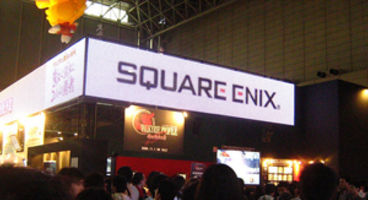 Publisher Square Enix has posted a ¥5.7bn loss for the nine-month period ending December 31st, 2012. This is despite video game sales increasing from ¥95.7bn to ¥102.7bn.

This fiscal year has so far seen Hitman: Absolution, Sleeping Dogs and Final Fantasy XIII-2. Square still holds out hope for their end of year report, as Tomb Raider releases in early March.

They also published Call of Duty: Black Ops 2 in Japan. Square projects a net profit of ¥3.5bn totalling this fiscal, which is 42.2% down year-on-year.

The slump is "primarily due to the increasingly difficult condition of the world-wide console game market, under which the Group is struggling to achieve a fair expected return on its investment."

“On the other hand, content for other platforms such as PCs, smartphones and SNS such as ‘Sengoku Ixa,’ a browser game, and ‘Final Fantasy Brigade,’ a social networking game for Mobage, are generating an acceptable profit."

“In addition, newly released game titles, such as ‘Kaku-San-Sei Million Arthur,’ a social networking game released in April, 2012 serving more than 1 million registered users, have been expanding at a satisfactory pace."

"Registered users of Final Fantasy Artniks,’ a social networking game released in November, 2012 for Gree, exceeded 1 million at the end of December, 2012.” What matters most is that they'll see a net profit by the end of this fiscal.