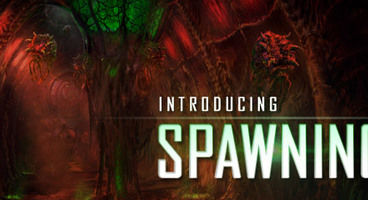 Blizzard has announced that the new update for Starcraft II will bring back the old "spawning" feature from Warcraft II and the original Starcraft, which allowed gamers to let their friends play in multiplayer without needing to own the disc.

According to the developer, "Nowadays, anyone who hasn’t yet purchased StarCraft II can still play, thanks to the Starter Edition. While Starter Edition players have access to much of the game, there are many features that they previously couldn’t try before upgrading to the full game. Spawning closes that gap. Any player at a lower expansion level who joins a party that includes a player at a higher expansion level is Spawned up, and gets to play using the features and options of the highest expansion level for as long as they’re in a party together.

Blizzard released a trailer to explain spawning as well - check it out in the video below.