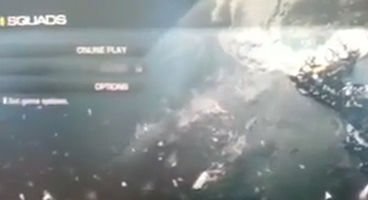 Infinity Ward has already said they won't be reviving the co-op Spec Ops mode with Call of Duty: Ghosts, but that they will include a "cooperative mode of sort", but are yet to officially name and reveal it.

Over the weekend executive producer Mark Rubin may have revealed it to be 'Squads', as it was seen on a game menu with a spinning globe with 'Online Play' beneath it.

A special date has been set for Activision to debut Call of Duty: Ghosts' multiplayer, which takes place next week August 14th. Will 'Squads' be this 'sort of co-op' mode?