05 September 2013 | By Simon Priest
A city built how you want it without arbitrary tech requirements or the demand to log into a server? Madness. Indie developer Luke Hodorowicz has created Banished, a medieval-style sandbox to play in.

Maps are randomly generated and it’s from here we act as the "collective consciousness" of the town, striving to make it prosper - we're no God or Mayor. Townspeople are our resource.

Hodorowicz cites the Anno, Settler and SimCity series as inspirations for Banished. However he didn't want silly requirements in the way of city building - it's freeform. 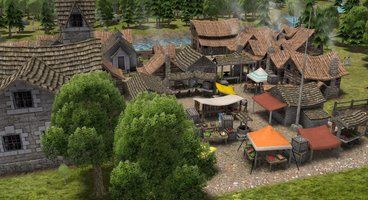 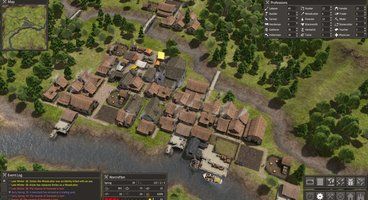 "The thing I draw from most are the Anno games. I’ve always like those, but there’s a combination of a lot of stuff in there. I’ve played SimCity 4 for ten years on and off… I’ve always looked at city builders, whether it’s Settlers or whatever, I’ve always liked the style and what you can build," Luke Hodorowicz told PC Gamer.

"It’s somewhere in between a game that’s really structured, but you also get this ability to craft your own spin on it."

The lone indie dev explains how initially you can't help but get attached the townspeople you act through, and that deaths - natural or otherwise - can have an impact on you personally as well as the town. Death is an important part of the game as we'll need to survive the likes of work place accidents, or sickness plaguing our town.

"I like that you know the townspeople’s names and you know where they live and what they’re doing. You care about the town. My playtesters get really annoyed when they have someone who has lived for 70 years doing a good job at something, and they die… For me, somewhere, that intimacy ends."

"You get to a city of 1,000 people and all of a sudden you can’t keep track of everybody… But when your town is small and you’re just starting off, you have this desire to make everybody make it through the winter, for no one to get sick."

"There’s a small chance that you may die while doing your job. For someone like a tailor that’s very rare, but someone working in a mine or quarry that’s a little higher. Sometimes you go ten years without anyone dying in a mine, or you might have everyone die in a mine in the same month, and that certainly changes the way you have to react to the game." 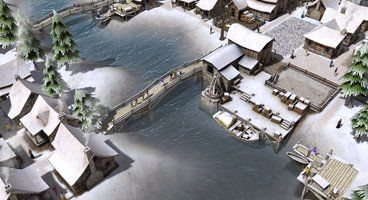 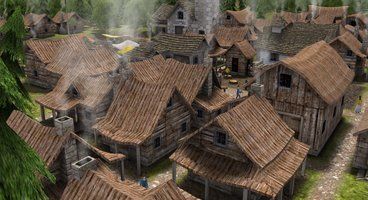 Town disasters like that require a series response. "All of a sudden your workforce is down by 30 people and you have to shuffle people around," explained Hodorowicz.

"You no longer produce anything from the mine, so you have to balance what people are doing and figure out how to get your town to survive after this terrible event has happened, whether it’s a fire or tornado or just random deaths."

The plan is for Banished to arrive on PC sometime this year - but there's no set date. "The reason I haven’t given a firm date is because this is my first solo project. Given my track record so far, I really don’t have a good way to set a date and then not run over it. I don’t want to do that to people. But it will definitely be before the end of the year."

Check out the full interview between Luke Hodorowicz and PC Gamer. Visit the official website for more.