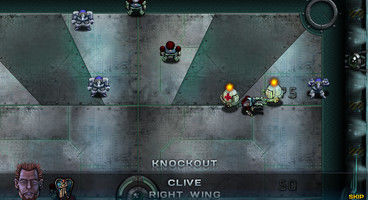 Publisher Mastertronic has announced that the remastered update to the classic futuresport game Speedball 2 is now available on Steam for $9.99 USD.

For the uninitiated, Speedball 2 is a cross between handball, football, and ice hockey, with powerups and tactical switches, developed by Appsters 2013 Indie Developer of the Year, Vivid Games.

The game features a deep franchise mode in which players can build a team from over 330 players across four planets, playing in six arenas in the Intergalactic Champions League.

The original Speedball 2 was developed by The Bitmap Brothers games for Atari ST and Commodore Amiga, and former members from the team aided in bringing the remake to life.

Speedball 2 HD has a launch discount of 20%, and gamers who buy it will get a 30% discount on Mode 7's own futuristic sport Frozen Endzone.