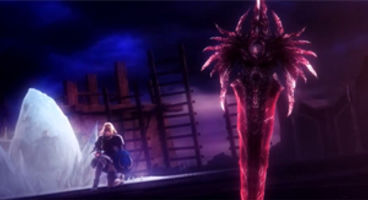 In just seventh months SoulCalibur IV has tallied over 2.3 million. Tekken Tag Tournament 2 meanwhile has raked in 1.35 million since September, with Tales of Xillia 2 at 500k in over a month.

The RPG series' latest is yet to release outside of Japan. Namco has posted a rise in year-on-year sales for their games division, attaining ¥184.9bn for the quarter.

Wider across the company, Namco Bandai pulled in even more financial good news for itself and investors. Their end of fiscal year revenue is expected to peak around ¥460bn with actual net profit hitting ¥24.5bn.