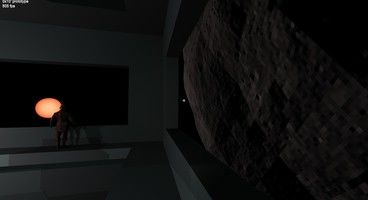 Mojang studio founder Markus Persson has revealed that his space sim 0x10c is currently on extended hiatus, due to a "creative block" from the developer.

According to Persson, "It depends if it's just going to be me and I'm going to still feel this kind of weird pressure. It's not really pressure, it's just some kind of weird creative block that's been going on for too long, and 0x10c is going to be put on ice until we can fix that."

Notch continued that there are currently two builds of the game, and neither are all that fun yet.

"I'm very excited about the actual game. We have two prototypes going on now. It's not really fun yet, but it feels like it could be fun because there's nothing to do in there yet," he stated.

Minecraft continues to rack of the sales, so the developer can work on 0x10c at his leisure, he hinted.