Spencer: Microsoft "starting to look at bigger and core gamer things" for PC 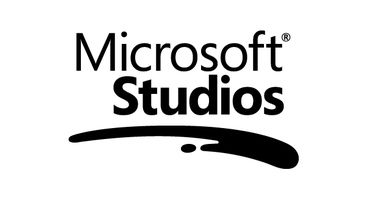 Too little too late? Microsoft Studios' Phil Spencer has admitted the company "lost our way a bit in supporting Windows games," with the disastrous experiment of Games for Windows Live ending in 2014.

However VP Spencer declares: "...we're back." Windows is "incredibly important," and so we'll be seeing "more stuff on Windows" in first-party form. Lightweight and casual "covered".

According to Phil Spencer, Microsoft Studios has apparently got the more casual projects 'out of their system' and are looking to become serious again in the PC space.

Claiming Windows as "incredibly important" seems rather obvious considering Microsoft is the one eager to sell it to us as its creator - why then have they completely neglected the PC for so long? In truth they hadn't but couldn't see how taking an Xbox Live Marketplace approach wouldn't be anything but a resounding success for PC too - except it wasn't. This led Microsoft to dramatically scale back on first-party Windows gaming, ending their presence.

"I think it's fair to say that we've lost our way a bit in supporting Windows games," Microsoft Studios VP Phil Spencer admitted to Shacknews. "But we're back." No you're not Mr. Spencer, as far as anyone is aware Microsoft is pulling out entirely with the closure of Games for Windows Live in July of 2014.

"Windows is incredibly important. The 'One Microsoft' mantra that's come out had us looking at all the devices that Microsoft builds and truly becoming a first-party gaming studio across all devices." Again, the 'One Microsoft' led to the rise of Games for Windows Live client in the first place - which even dared to charge PC gamers for multiplayer at launch, which was quickly abandoned but the damage was done.

Spencer is adamant that this is a new approach to Windows gaming from Microsoft. "You'll see us doing more stuff on Windows. We probably have more individual projects on Windows than we've had in ten years at Microsoft Studios," he continued, although that isn't much to shout about considering they had little anyway.

"At the launch of Windows 8, we had about 30 games in the Windows Store. A lot of those you'd consider lightweight or casual games... But we've covered all of that property now," he said. "Now we're starting to look at bigger and core gamer things. I'm excited by that." Seeing is believing and so far PC gamers have seen nothing.

There are genuine glimmers of hope though as the likes of Titanfall and Project Spark coming to PC and not just Xbox One. With Spark, creations made on any platform can be shared with another - which is a crucial strategy moving forward for Microsoft. "Let's start to act like a true first-party across all these devices. A service like Xbox Live that knows me and my content and my friends and achievements across all these devices. I think that's an advantage for us."

"For us, we're first-party across all Microsoft devices. We definitely think about ourselves that way in our studios. If you think about a service like Spotify or Netflix, you expect that service to work on any device you have. For some games, it will be similar," said Spencer. "I just want to have an Xbox Live account and it works on my phone, on my console, and my Windows machine. And then I'll be able to access my content in a screen-appropriate way."

Will Microsoft make good on its promise of 'core' gaming for PC? Only time will tell - there are a lot of wounds to heal.