Brothers: A Tale of Two Sons

08 August 2013 | By Jonah A. Falcon
The first game in Xbox Live Arcade's Summer of Arcade, the highly anticipated Brothers: A Tale of Two Sons in now available for Xbox 360 users. It runs 1200 Microsoft Points ($14.99). The game is being developed by Swedish film director Josef Fares in collaboration with Starbreeze.

Brothers: A Tale of Two Brothers has also been dated for other platforms. The PC version will hit Steam on the 28th August, while the PlayStation Network version arrives on the 3rd September. 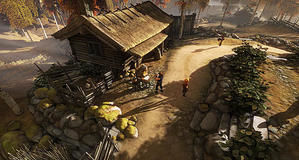