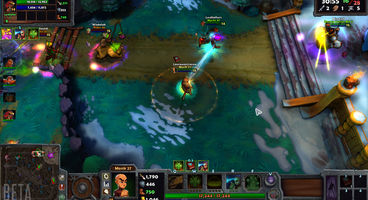 Trendy Entertainment has announced they've "hit the reset button" on their development of Dungeon Defenders II, which will be removing the MOBA-style elements of the game and returning it to its tower defense/RPG roots.

The decision was influenced by fan feedback, according to studio marketing director Philip Asher.

“We’ve been listening very closely to our community, getting feedback from fans of the first game on what they want to see in a sequel, and we realized we needed a shift in our development focus,” said Asher. “We had strayed from making the kind of game fans wanted and the kind of game we wanted to develop. So, we’ve nixed the MOBA-style of gameplay and other ‘extra’ features we were talking about and instead are making the sequel we all want to play. We’re improving everything we loved about Dungeon Defenders, one step at a time."

He continued, "First we’re going through the core gameplay experience; injecting more meaningful decisions and moments into the minute to minute gameplay that you’ll want to share with your friends. Then, in late October we’re going to kick off our first major community initiative to get fans involved in the development of the game, and start working with them to make the roleplaying and item systems as satisfying as possible.”

Dungeon Defenders II will have a "soft launch" in Spring 2014 as a free-to-play title. A pre-alpha build will be at New York Comic Con 2013 this week. Strategy Informer will be there. 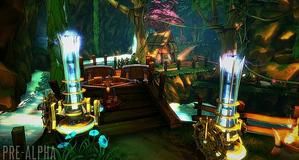