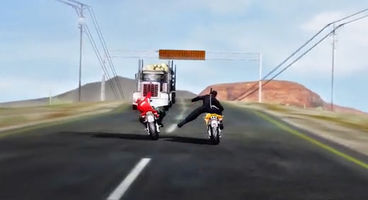 DarkSeas Games' love letter to Road Rash has been approved by over 3,700 wallets as it surpasses their goal of $160k. The Kickstarter campaign for Road Redemption is officially successful, with about 48 hours left.

For more information about Road Redemption check out the latest Kickstarter update.