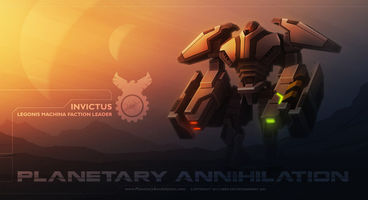 The backer-only poll to name the first of four factions in Planetary Annihilation has closed, and so we welcome Legonis Machina into the galaxy. It's led by Delta Commander Invictus, which was also voted on.

Uber Ent. artist Steve Thompson put together the Legonis Machina faction symbol, which is a proud eagle atop a cog containing the universe - "a mere world is too small".

They opened the poll a couple of weeks ago letting backers decide on some of the game's lore. The whole process "went so well" they're doing it again for the next.

"In a landslide victory, “Invictus” won the leader naming poll that we had in our backers exclusive message board. We will go ahead and use that name when referring to this supremely capable Commander. Backers voted for its faction name to be “Legonis Machina.” We’ll use this name moving forward, too," announced Uber.

"As for the Legonis Machina’s symbol, we decided to go with the eagle clutching a universe -- a mere world is too small -- in its non-talons. Our amazing artist Steve Thompson drew up several different takes on the symbol, but he fell in love with this one." Witness the imperial majesty of Legonis Machina below.

"Thanks for all your feedback, responses, votes, and ideas. We listened to them all, and we’re glad you enjoyed helping us. And because this went so well, we’re going to reveal our next faction and let you help define it as well." 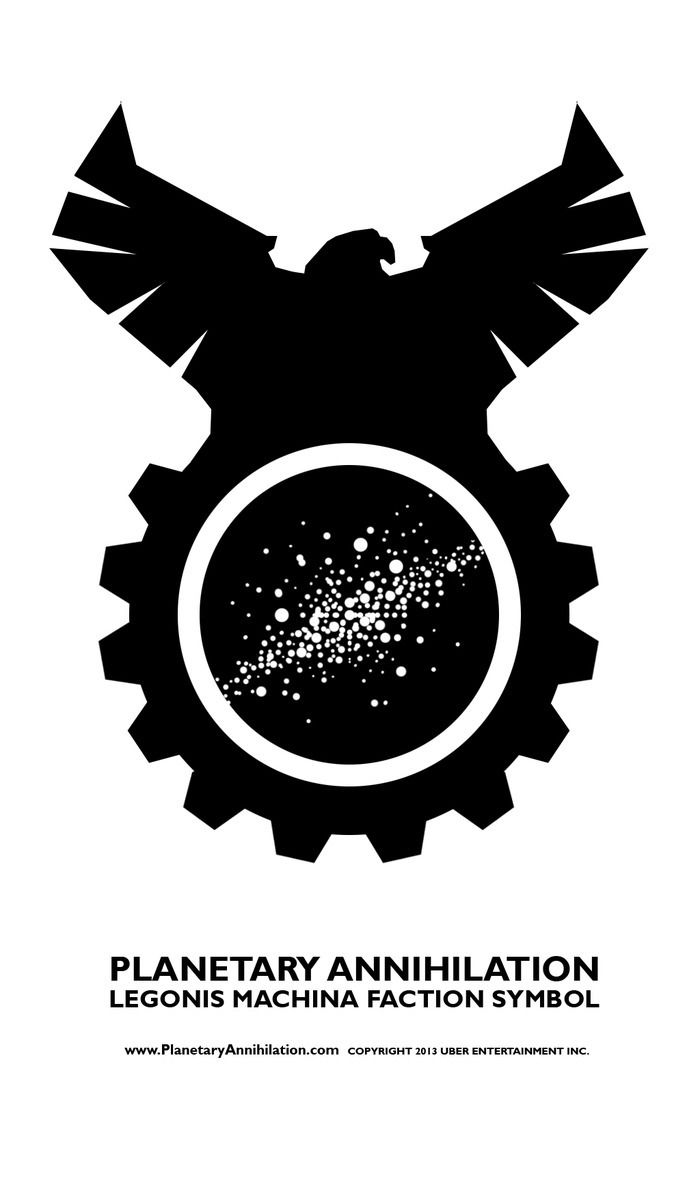