After Reset Kickstarter fails, Black Cloud turns to "plan B" with direct pledges 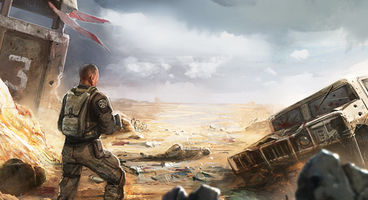 The post-apocalyptic RPG After Reset has unfortunately not achieved success with its Kickstarter, managing to barely scrap above 5% of its $900k goal with over 1,360 backers.

Black Cloud isn't giving up though as they now turn to "plan B" which is to open up direct pledges. Those who back $20 or more will get the "current tech build" by this week.

Despite not securing any funds from Kickstarter the After Reset team still regard the campaign as rather success, and its even drawn attention from big studios.

"Some might view this campaign as a failure, but even though we didn’t collect the $900k needed to complete the development of our game - we did attract more than 1300 classic RPG fans to our cause, and we received two proposals from serious international studios," read the latest Kickstarter update.

"Sure, one door has closed - but others have opened up to replace it. The game will still be made, but (sadly) it will take much longer this way. We’ll still continue to forward our major website updates, and press releases, to Kickstarter even after the campaign finishes."

Directing backing for After Reset will now take place via the studio's website.

"Backers who pledge over $20 will receive access to our current tech build (available for download by the end of the week), and backers over $35 will also receive exclusive access to a private forum only for 'co-founders,’ where you’ll have the opportunity to participate in polls, developer discussions, and more."

Check out the After Reset Kickstarter for more information on Black Cloud's plan B.