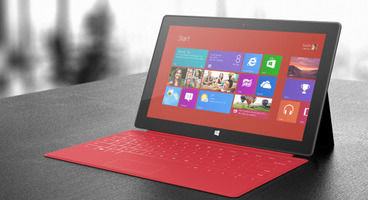 The Verge is reporting that Microsoft will be slashing the price of all of its Windows 8-based Surface RT tablets by $150.

According to the report, the price cuts will be as follows:

This follows another report that the tablets had underperformed, selling 1.5 million units since launch in October 2012.

There is no word of the Surface Pro getting a price cut.