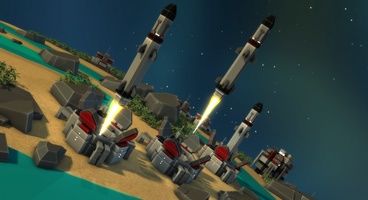 Uber Entertainment announced in a Kickstarter update for the Total Annihilation spiritual successor Planetary Annihilation that the developer expects the beta to begin later this month.

According to the Kickstarter post, "‘Beta’ is the word of the month over here, as the team marches towards that release. You poke your head in the office for just a few minutes and undoubtedly you’ll hear it a couple times. We eat, sleep, and think beta -- which, by the way, is safer than it sounds.

Our current timeline is to see the beta released later this month. And as we’ve mentioned before, the beta has some cool mechanics and concepts that you haven’t experienced in the alpha. Like, say, interplanetary war. And colonization. And blowing up planets. So much stuff."

The developer went on to detail some of the patches they've made to the game in development, including making the Mac and Linux versions more stable, tuning ranged attacks, improving pathfinding AI, and general netcode fixes. In addition, players "can now play in custom free-for-all matches with up to five players for team gameplay. You can organize it in whatever way you want: 2v2v2v2v2 or 5v5 or anything in-between."

Planetary Annihilation completed its Kickstarter crowdfunding almost a year ago to the day, raking in $2.2M in support of a proposed $900K.