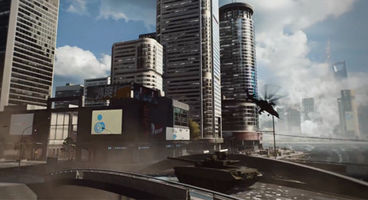 A new map and game mode for Battlefield 4's multiplayer is set to reveal during DICE's Gamescom showcasing of the late October due shooter. A live streamed broadcast will highlight the new features.

DICE has also detailed some changes to the Support class, revealing that a "redesigned, remote-controlled mortar" lets players stick with their squad and provide "indirect fire support".

It'll certainly help make the Support class less of a chore when you choose to help your squad and team by firing off mortar rounds, as currently you're taken out of the action.