Part of the game features a tech tree of over 100 projects with the players can undertake or just steal from other teams.

As far as the actual racing, gamers can race, define and refine their race strategy, plan pit stops, manage fuel and tire pressure and listen to driver feedback.

The bullet-list of official features include:

* Extensive editor – Create your very own drivers with skills, strengths and weaknesses and build a new racing team with unique starting technologies and abilities

* Team members – Hire and train engineers, mechanics, drivers and designers and utilize team dynamics to make the best use of your crew

* Private life – Show your success by buying sports cars, buying a yacht or a villa

* Car setup – Tailor a car setup for each track and driver, customizing everything from engine supplier to tire pressure to flipup angle 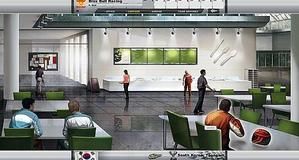