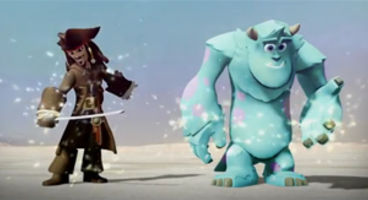 Disney Corp has decided to push back the release of Disney Infinity from June until mid-August to encourage retailers to give more shelf space for its line of toys, which Disney hopes will flood playgrounds.

August is generally quiet for video game releases and so Disney want to capitalise on that as kids are back in school September, hopefully trading their Disney Infinity wares for free marketing.

Yes those little tykes are an army of sales reps for Disney, and it will lead them up to the plumpest retail season of the year: Christmas. It still releases before Skylanders.

Disney Infinity is of course their very own 'Skylanders' but they have a huge advantage in that they have immediate access to some of the most well-known fictional characters ever created - ever. "We think it's good to be first and really lean into the most important selling season of the year," said Disney Interactive's John Pleasants.

"We could deliver in June if we wanted to," he said. "Will a two-month timing change help us? Sure, of course. It gives us a little more time to add bells and whistles and make sure it really sings and pops." Activision is already making a huge mint off their video game and toy line for Skylanders, and now Disney wants a slice of this 'new genre'.